I thought I’d show the progression of Trapper’s Glen covers from the initial concept through a couple of revisions and some final detailing.

Here’s the initial concept. I liked the overall aesthetic and the idea, but it was a little lacking and the sign was flat and awkward and didn’t sit in the scene properly.

The next version I got the sign fit into a better orientation by merging the text with the sign and using some of Photoshop’s transformation tools. While the lights on the sign were fun to make and kind of cool, they just didn’t go with the sign. The background is also too dark in this one which obscures many of the details.

Almost everything fell into place with this version. I used some rendered Photoshop lights to create a twilight glow in the setting, I brightened the moon, and even added the telephone pole for a little more detail. The only problem was that the sign looked flat and a little fake.

For the next version, I added a couple of texture layers over the sign using the soft light blending mode. The first texture image was actually old parchment paper. It adds that mottled, grungy look. To add a bit of realism to the sign I added an image of an actual sheet of brushed metal. And finally I added a bit of blood splatter over the population to hint at the tone of the book. 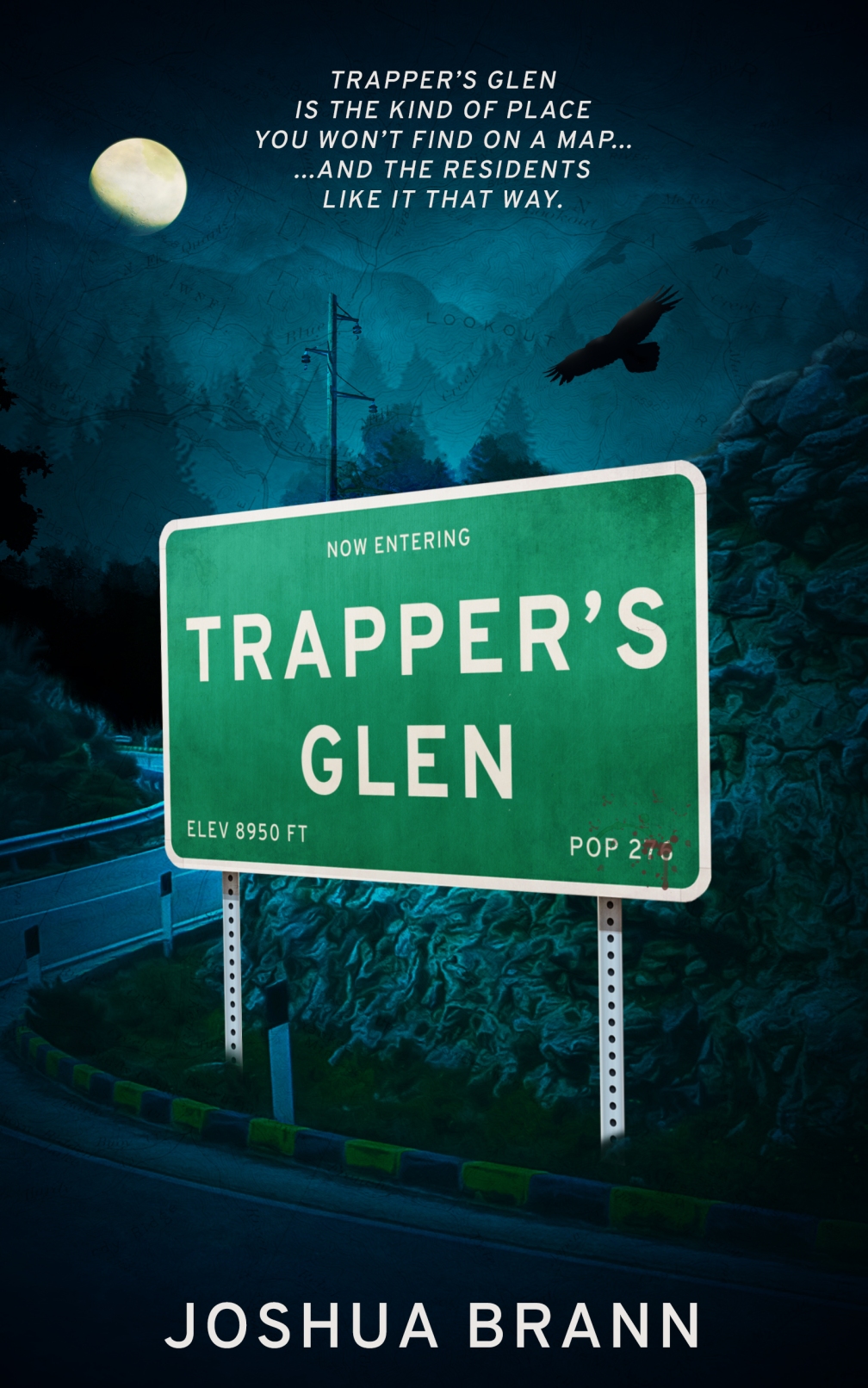 For the final version I replaced the original boulder with something that faded into the scene a bit better. I also added a shadow across the bottom right hand corner of the sign and replaced the blood with bullet holes. And I finally had to admit that even though I thought the topo map overlay was cool, no-one else did and it didn’t really add anything either. I guess Stephen King was right…kill your darlings 🙂 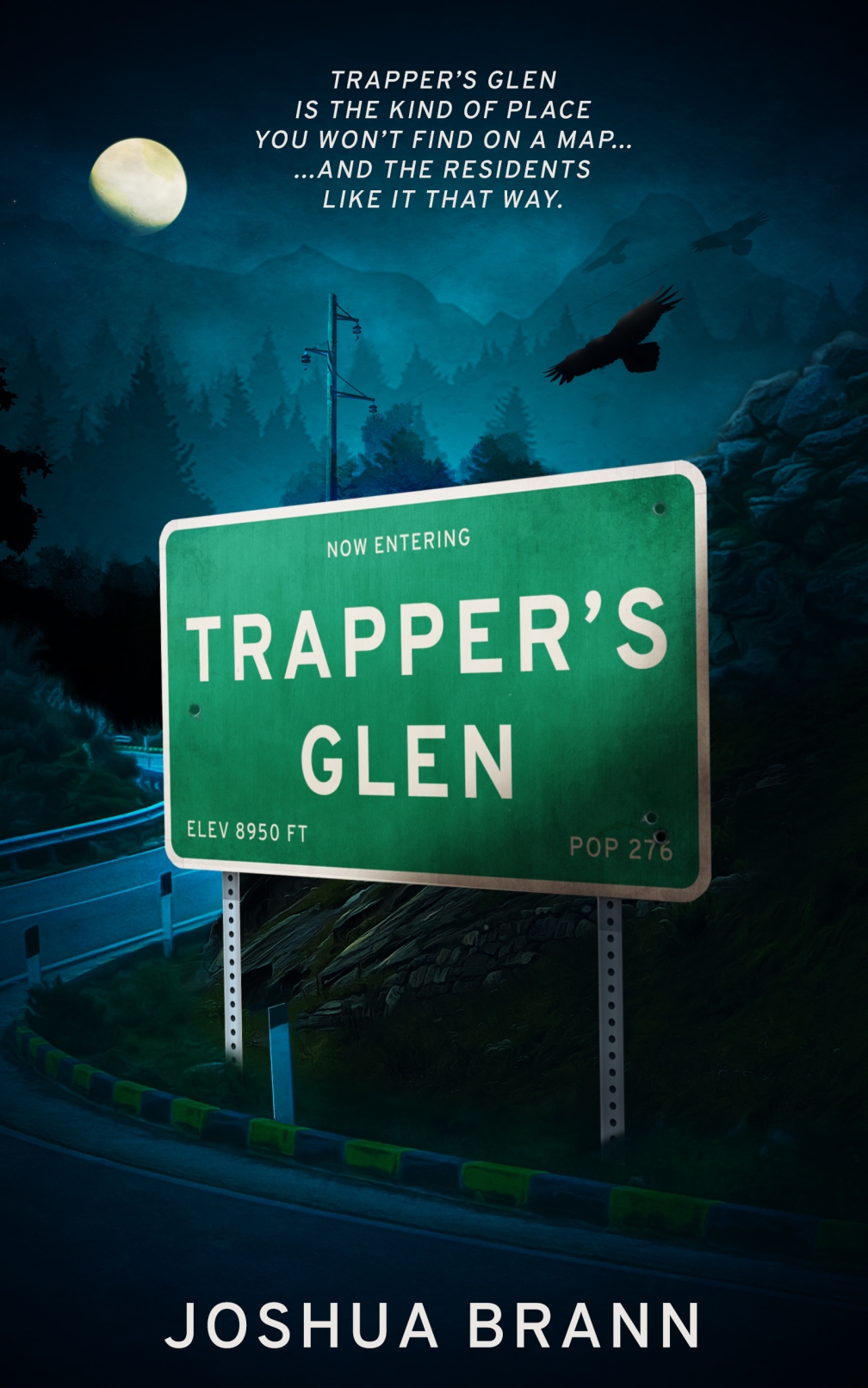 This was a fun and challenging cover, and while I’m sure I could make further improvements, I’m pretty pleased with the end result. Now I just need to finish revising and editing the book, so I can put this cover on it and call it done 🙂